The 1119 SQN Band is formed up of a corps of drums and musicians who perform around the United Kingdom. 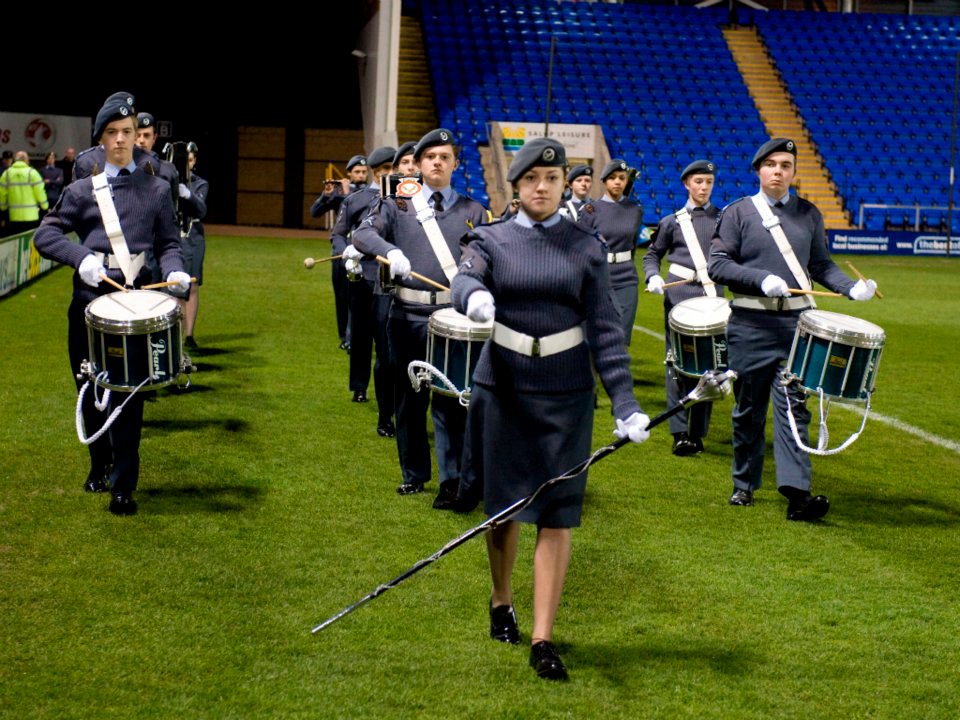 The band has performed at numerous events from Parades to Competitions and high scale events such as:

The band’s repertoire consists of many songs originating from around the UK such as:

As well as many Drum Solos such as Irish Drummer’s and Longmore Salute.

The band gives cadets a chance to learn a new instrument in a fun and friendly environment, which is complimented by a long term loan of a chosen instrument like:

As well as snare and base drums playable at the SQN.